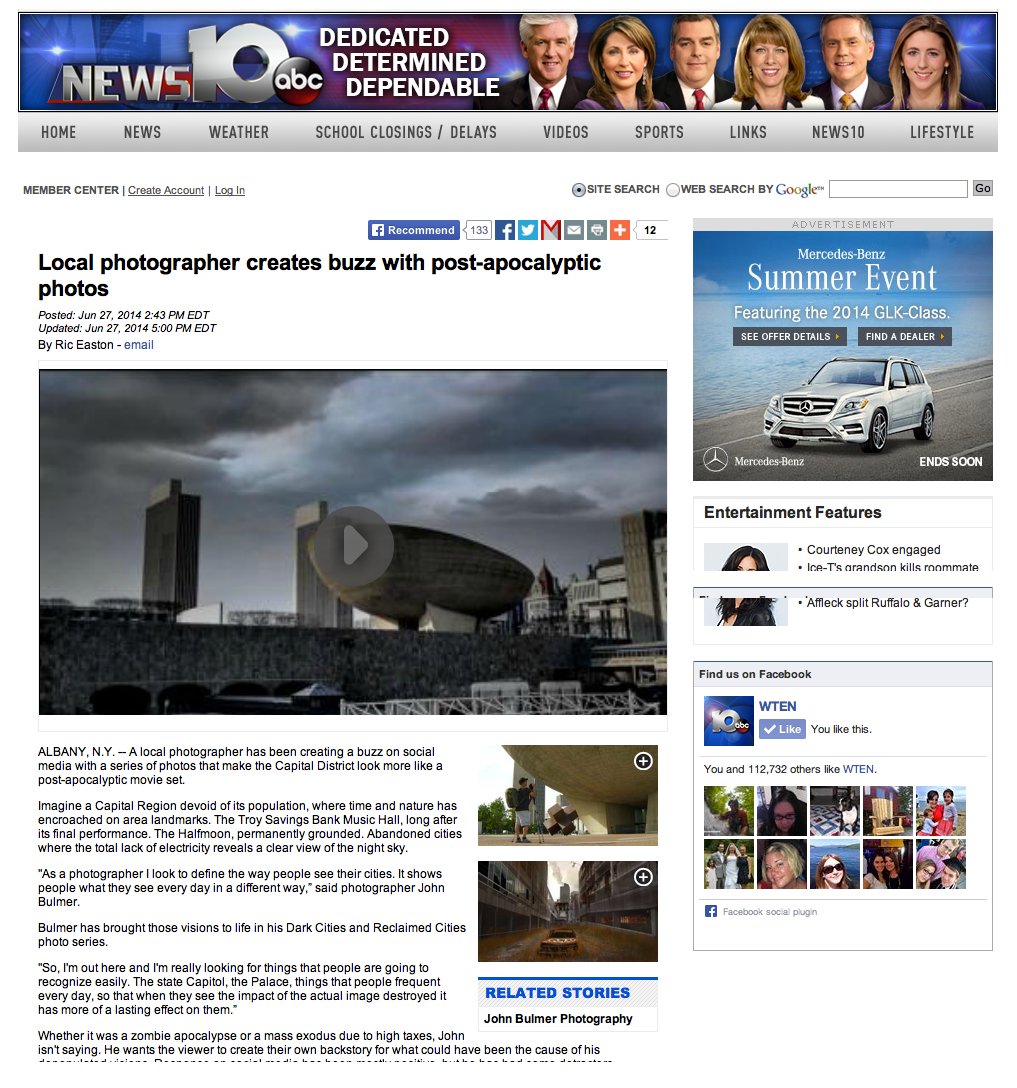 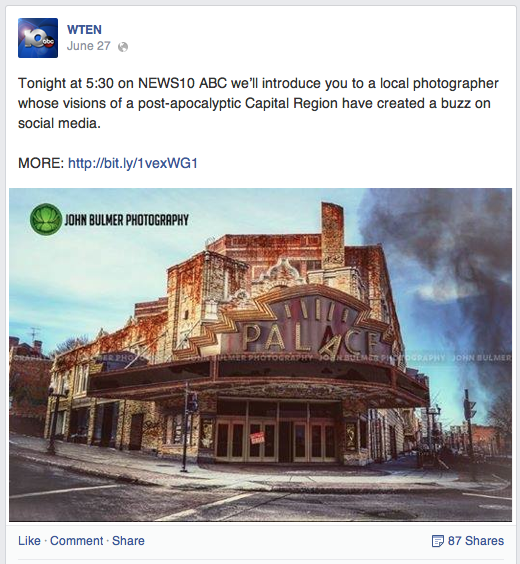 ALBANY, N.Y. -- A local photographer has been creating a buzz on social media with a series of photos that make the Capital District look more like a post-apocalyptic movie set.

Imagine a Capital Region devoid of its population, where time and nature has encroached on area landmarks. The Troy Savings Bank Music Hall, long after its final performance. The Halfmoon, permanently grounded. Abandoned cities where the total lack of electricity reveals a clear view of the night sky.

"As a photographer I look to define the way people see their cities. It shows people what they see every day in a different way,” said photographer John Bulmer.

Bulmer has brought those visions to life in his Dark Cities and Reclaimed Cities photo series. "So, I'm out here and I'm really looking for things that people are going to recognize easily. The state Capitol, the Palace, things that people frequent every day, so that when they see the impact of the actual image destroyed it has more of a lasting effect on them.”

Whether it was a zombie apocalypse or a mass exodus due to high taxes, John isn't saying. He wants the viewer to create their own backstory for what could have been the cause of his depopulated visions. Response on social media has been mostly positive, but he has had some detractors.

"They didn't know why people would want to see this and why it was being glorified. As you know from popular culture, we've been doing this since the beginning of movies and this is just an extension of that"

Whether you're a fan or a critic, John believes he's doing his job as an artist if he creates an emotional response.