The social pecking order of the neighborhood was an intricate combination of such important factors as athletic ability, favorite baseball team, what words rhymed with your name and if they were derogatory.

Some kids were doomed by their names. There was no way to spin a bad name, no way to cage the beast of a bad nickname once it was free. I knew a kid named Gaylord Belchinger that never knew a minute’s peace. That poor bastard was cursed with two highly destructive names. In fact, I remember yelling his name as he rode off down the street and was promptly scolded by a neighbor for calling him Gaylord. How do you fight a curse like that?

No one was safe.

Some thought my name sounded like Boner. So, for a period, I was called Boner and my father was called Poppa Boner. There was nothing that could do but pretend that it didn’t bother me. Some small consolation could be derived from the fact that some kids didn’t even rate high enough to have a nickname. So, Boner may not have been all that bad. It eventually faded, but the fact that a bad nickname can make you feel like an asshole is undeniable. That word being passed around a group of kids is like having your favorite hat snatched from your head and tossed from person to person while you try in vain to reclaim it.

Some were saddled with random names like Booger, Java Man, Stink Finger. One small event could trigger a nickname. It was part of the dynamics of the neighborhood and you had to let it roll off you. Kids sense weakness, especially in other kids. One small transgression could cost you valuable cool points and spawn a horrible new nickname.

Today, the streets of my childhood neighborhood are like calendars. As I drive to my parent’s house as an adult, the street corners of those seven square blocks are like the chapters of a personal history. To me, they still exist through the eyes of a 12 year old kid. And I can remember the kids that I spent my summer vacations with in a far greater detail than I do the people from my last job. They are the minor heroes and villains of a world that was still blurry enough allow childhood fantasies to exist in the sunlight.

I may not have liked all the kids in our crew, but they were from Oneida Avenue and I would have taken their side in any fight. Like a dysfunctional family, we could talk shit about one another but heaven help you if you were an outsider talking shit about one of us. We were linked through a common geography and a common boredom. Our territory was based on a multi-layered hierarchy of factors: your street, your school, your class, your favorite baseball team. From focused to broad, your daily interactions were almost always sorted through these filters.

The summers were vacuums that needed to be filled, and we all fought that fight together. We walked everywhere, hung out in parking lots, city parks, basketball courts and abandoned lots. It was clear that we needed someplace more central, more secluded, more private. Action needed to be taken.

We were always doing recon, always on the lookout for scrap wood or hardware that could be used in the construction of a fort or bicycle ramp or a baseball backstop or some kind of weapon. Over the course of a summer, we would amass a massive amount of data as to where to score plywood or wood screws or 2x4’s or spare carpeting. No junk pile was safe from our brazen acquisition tactics. We would raid forts from other neighborhoods, backyards and construction sites in search of the materials we needed. Tools would be stolen from contractor’s job sites and traffic warning lights would be removed from DPW barriers.

Kids have a natural ingenuity. Without the filters of adult logic and skepticism, the imagination is open to wild possibilities. Adults plan and doubt and rethink. Kids simply do without the apprehension of wasted time or materials. A hubcap was a radar dish, corrugated aluminum could be anything from a load bearing wall to the fireproofing of a fire pit, a piece of PCV piping could be converted into a flaming tennis ball cannon, screws were pounded in with hammers and electricity was stolen via orange extension cords connected to the exterior outlets of neighboring houses. The days were ours until our parents reappeared from their jobs. We knew which houses were occupied during the day and which houses were empty. The days were featureless, and if we stayed under the radar, we were governed by our own laws.

That is until we stole junk from the wrong man.

Wedged in the middle of our neighborhood was an auto repair garage run by short, abrasive sometimes violent, ex-Marine named Squadrini. Short, powerful and permanently greasy, “the Squad” was always dressed in dark blue Dickie’s work clothes and chewing on a soggy cigar. Effortlessly connecting lurid adjectives with bizarre terms for sexual organs, he elevated profanity to an art form that took me years to decipher. Back then, I tried to nod and laugh in all the right places and feign understanding.

The dark corners of his garage were scary, pictures of pin-up girls in various stages of undress were nailed to the walls above his worktable. Tools were strewn everywhere and there was a rumor that a dog lived somewhere in the garage, but that couldn’t be proven. There seemed to be a constant supply of shady, nameless men sitting around his garage in broken lawn chairs drinking warm beer who were always happy to point out that you were a 12-year old virgin with a pin dick with no hope of ever getting laid. All factors out of your control and that made you feel even worse.

Littered with dead cars, engine blocks, and barrels of who-knows-what, his garage stood in stark contrast to the surrounding homes of manicured lawns and well-kept gardens. For his neighbors, the convenience of having a garage that gave away vehicle inspection stickers like Halloween candy was worth the eyesore and constant noise. It was also common knowledge that the Squad was a part-time prisoner at the country jail. He would work a full week, pack an overnight bag, and check in on the weekends to serve out a sentence for spousal abuse.

No one was going to say anything to the Squad.

The junk pile in the back of Squadrini’s garage was rich with potential. Wood, strange metal fittings, corrugated aluminum, plastic piping, mismatched hubcaps, all knotted into a tangled mess. To a group of bored scavengers, the back of his garage was like a trip to the hardware store and we regularly shopped his junk pile. He lived in the house next door to his garage and served as his own junkyard dog. We would wait for Friday afternoon and watch his old, matte blue Cadillac pull out of the gravel driveway and disappear. Smug in the knowledge that he would be securely locked up for the next 48 hours, we would swarm in and take whatever caught our eye.

This continued for a few weeks before Squadrini discovered his loss. Defiantly, and somewhat stupidly, we had constructed a hulking mass of a fort on the hill about 40 feet behind his garage. I can only imagine his reaction upon looking up the hill and discovering his junk’s migration and transformation from scrap heap into a shanty. Only a junk man could care about missing junk. Originally concealed in the summer’s greenery, constant construction and expansion quickly outgrew the surrounding camouflage. Our complex of plywood and logs and stolen lumber grew to such a size it could be seen from the road where to appeared to be more of an encampment for hobos than the product of bored kids who wanted a place to start fires and drink warm beer and look at stolen porn. We had transformed his junk into a broke down two-floored palace complete with a sound system, elevated lookout platform, and a wet bar stocked with whatever we could steal from the liquor cabinets at home.

It lasted only days before Squadrini came knocking.
We were caught.

His eyes turned into slits as he pulled open our door. His stream of consciousness profanity fired up instantly and without pause. None of us had the fortitude to counter his accusations of theft, trespassing, being a 12-year-old virgin, or the construction of a neighborhood love shack.

None of us said anything.

He wanted his junk back and he wanted it right away, which we did without question. He stood at the edge of his garage and watched us rip his wood and aluminum for our walls and carry it back down the hill. The lawn chair men chuckled as they took pulls from their cheap beer and made comments about pin dicks and cherries and I wondered if this was all for their entertainment.

His garage is still there as if preserved from that day he came knocking on our stolen door. And I would bet that the things we stole are still there, unmoved and untouched all these years. To anyone else they are trash, but for us, they are reminders of epic summers that are lost forever to the fuzzy retention of childhood memories.

I would later learn that the Squad’s name was in fact Danny and that he wasn’t the monster we had constructed in our stores. While still a master of profanity, he was an honest businessman.

When I turned 18, I saved up a summer’s worth of paychecks and bought my first car, a metallic blue Renault Alliance, from a guy I had gone to high school with. The first day I had it, the driver’s side lock cylinder fell out onto the driveway, the reverse failed, and the clutch began emitting the odor of burning sandpaper. Danny put hours into that car knowing that I didn’t have a lot of money and that it was my first car. All the bolts had rusted over and he would skin his knuckles trying to get that car to work for me. He worked on it for days and only charged me 6 hours labor.

I would see him every 3,000 miles for my oil change but I never asked him about that day on the hill. I never had the guts to bring it up. Didn’t want to be called pin dick again. 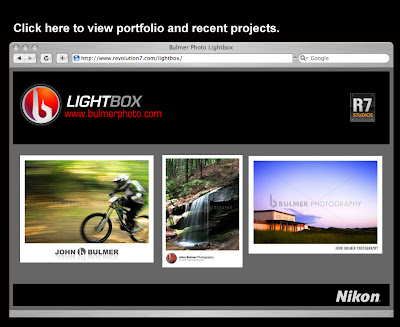