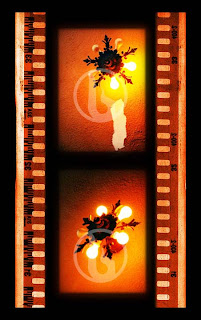 America was once an empire of theatres.

Today, the empire has gone the way of the classic American dream scenario: ride the crest of success through the window of opportunity before someone who is better funded, more adept at reading market trends, and more agile, comes along and paints the window shut.

The State Theatre of Ithaca opened its doors on December 6th 1928. Vaudeville shows filled the stage 3 nights a week with an eclectic patchwork or magicians, acrobats, athletes, and anyone else with a talent unique enough to justify the price of admission. The 1930’s ushered in the era of film and the theatre was converted into a movie house. Ten years after that, people stared, wide eyed, at the movie screen as weekly war reels flashed glimpses of the Oklahoma burning at Pearl Harbor and later, the fire bombing of Europe. Somewhere beyond the confines of the city, the struggle of good versus evil raged in places with abstract names. The cinema provided both information about the outer world, and an escape from the anxiety of the war effort. The cost of admission bought a 2 hour refuge.

It was the 1980’s that would eventually prove fatal for the State Theatre. Years of disrepair combined with the effects of America’s mass suburban exodus finally closed forced the State to close its doors for good. The lights in the photos above went dark. The empire had lost one more outpost.

Today, the outposts are connected to food courts, film is digital, analog is THX, movies are product placement advertisements, and Clark Gable is George Clooney. Not better or worse, just different.

Tonight I am sifting through more photos from the past year, backing up files, assigning key words to images in my database, while watching reruns of 1970’s cinema. The dispatches from the empire of theatres remind me of the days of seeing movies with my father as a kid. Going to the theatre was always a big deal in the days before DVD's and DRV's.

Right now, a half sunburned Richard Dreyfuss is frantically sculpting the Devil’s Tower from mashed potatoes. I had forgotten how striking the Spielberg’s cinematography was in 1977's Close Encounters of the Third Kind. As Roy Neary’s (Richard Dreyfuss) utility truck rumbles across rural Indiana in pursuit of the mysterious lights, the immense darkness becomes part of the cast of characters. In some of the best cinematography of the last 30 years, the lights of Neary’s truck appear fragile and insignificant under the blackout of the Indiana night. The scale of man, machine, and landscape combine to construct the perfect metaphor for the entire movie. The empty spaces of the countryside become as mysterious as the cold vacuum of deep space. Spielberg creates a character from the natural world while simultaneously illustrating the scale of our existence, something that every landscape photographer strives for.