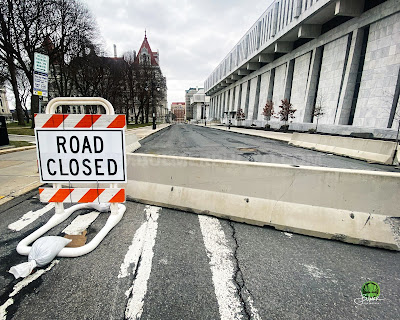 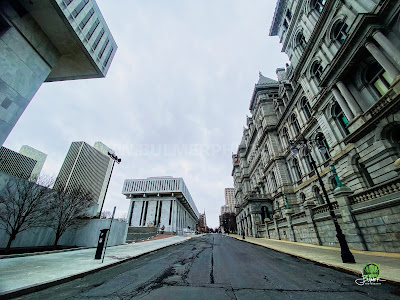 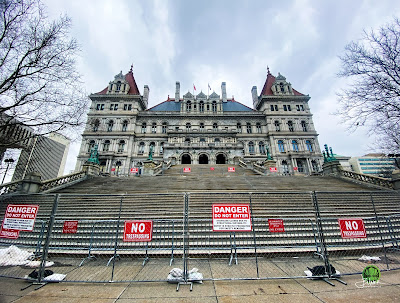 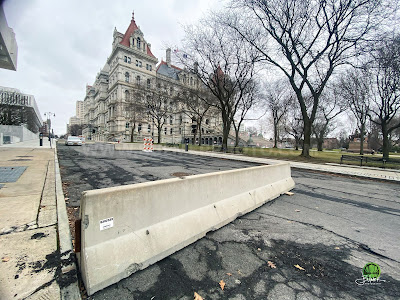 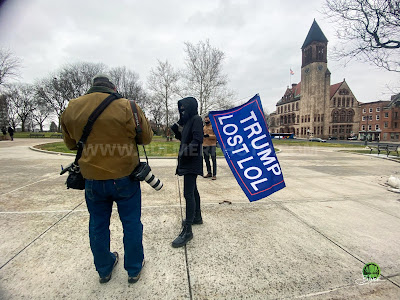 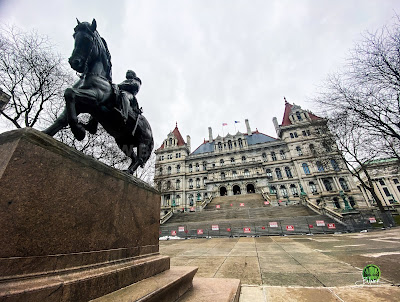 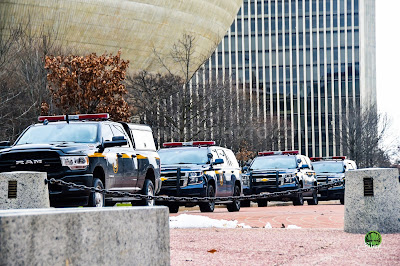 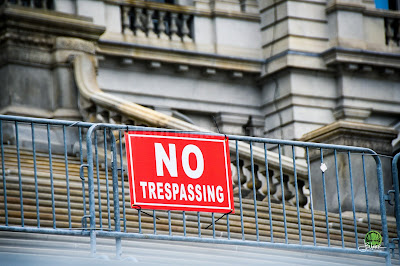 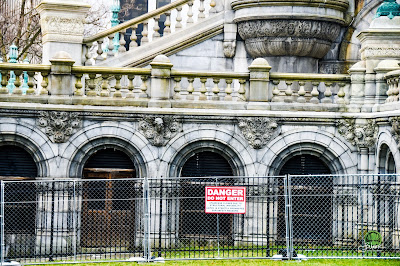 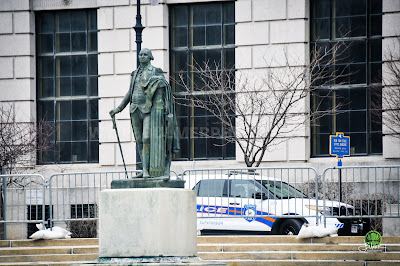 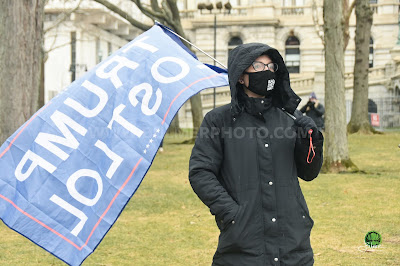 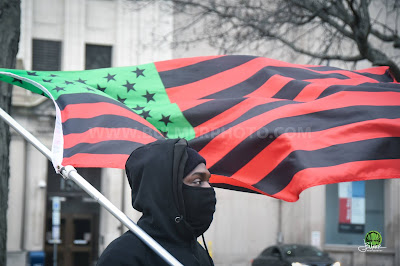 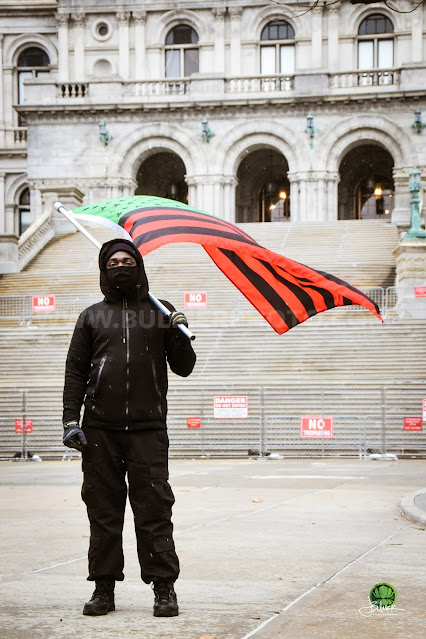 In the end, these photos are about what didn't happen.

Today, in state capitols across the United States, direct protests were scheduled for noon, some of them armed. The core of Albany is locked down. Streets are closed and there are armed patrols walking the perimeter of the Capitol building every few minutes. Jersey barriers are staggered across the street in front of the Capitol much like you see in military installations. Drones were overhead all day. And while there were wild rumors of armed marches down Clinton Avenue, no one showed up to protest. A few counter-protesters were on hand, but Albany did not see any conflict today.